Cascais (pronounced kush-kyesh) is the “Portuguese Riviera.” A former fishing village, it became a cosmopolitan resort when the Portuguese king made it his summer retreat in the late 1800s. The nobility soon followed him, and, as a result, elegant 19th-century mansions now line the cobbled pedestrian streets of the historic center and the seafront.

During World War II, when Portugal remained neutral, European monarchs seeked exile on the Lisbon coast, settling in Cascais and neighboring Estoril, further making the area rich and glamorous. Today, it’s a place for everyone, with the people of Lisbon and surroundings heading in its direction whenever they want some beach lounging, a dip in the cooling Atlantic waters, a rich seafood meal, or simply a stroll by the sea. They’re joined by the many tourists who visit Lisbon, who also take some time to enjoy a sunny day on its beautiful coast. While it’s most often a day trip, many also make it their base for several days, as part of an extended summer vacation.

Cascais is also a destination for surfers and windsurfers, who spend their days at the beaches of Carcavelos and Guincho (which has hosted World Surfing Championships), but this isn’t just a town of sand, sea, and surf, it’s also home to a growing number of cultural attractions, which, together with world-class hotels, a mild climate and the stunning beaches, create the perfect holiday destination.


- Sandy beaches with a Mediterranean atmosphere on the Atlantic

What You Need to Know Before You Go to Cascais


- From Cascais, you can take the train to Lisbon (it’s a 40-minute journey, with several stops along the coast), and the bus to Sintra (number 403, which takes less than one hour, going through the countryside). See the guide to day trips from Cascais.

- A mile-long promenade links Cascais to Estoril, a similar resort town, known for being home to Europe’s biggest casino.

- The sun-worshiping crowds have discovered Cascais, and it can be quite crowded in the summer. If you’re visiting from Lisbon, expect long lines and long waits to buy your train tickets. One way to save that time (and money) is to get the Lisboa Card, which includes free transportation within Lisbon and to Cascais.

- The growth of tourism on the Lisbon coast also means that if you decide to stay in Cascais, you have to book some time in advance. Hotels tend to be fully booked between June and September, and booking early also offers better prices. Check out deals and availability here: Cascais Hotels

Some Curious Facts About Cascais


- Cascais is one of the richest towns in the Iberian Peninsula. It’s where Lisbon’s upper classes live, many of them in palatial mansions dating back to the late 1800s and early 1900s.

- Cascais was the first town in Portugal to have electricity, even before Lisbon. The first electric light was switched on in the citadel, in September of 1878. A plaque outside the monument remembers the event.

- Historians have speculated that a navigator from Cascais accidentally discovered America in 1482, a decade before Christopher Columbus. Apparently he stopped at Columbus’ house in the Portuguese island of Madeira on his return, and, through his nautical diary, Columbus learned about the newly-discovered land. With this new knowledge, the famous explorer then tried to convince the Portuguese king to support his own voyage in a western direction, but was denied and got the support from the Spanish king instead.

- The town’s name derives from the Roman “Cascale,” meaning a pile of seashells. 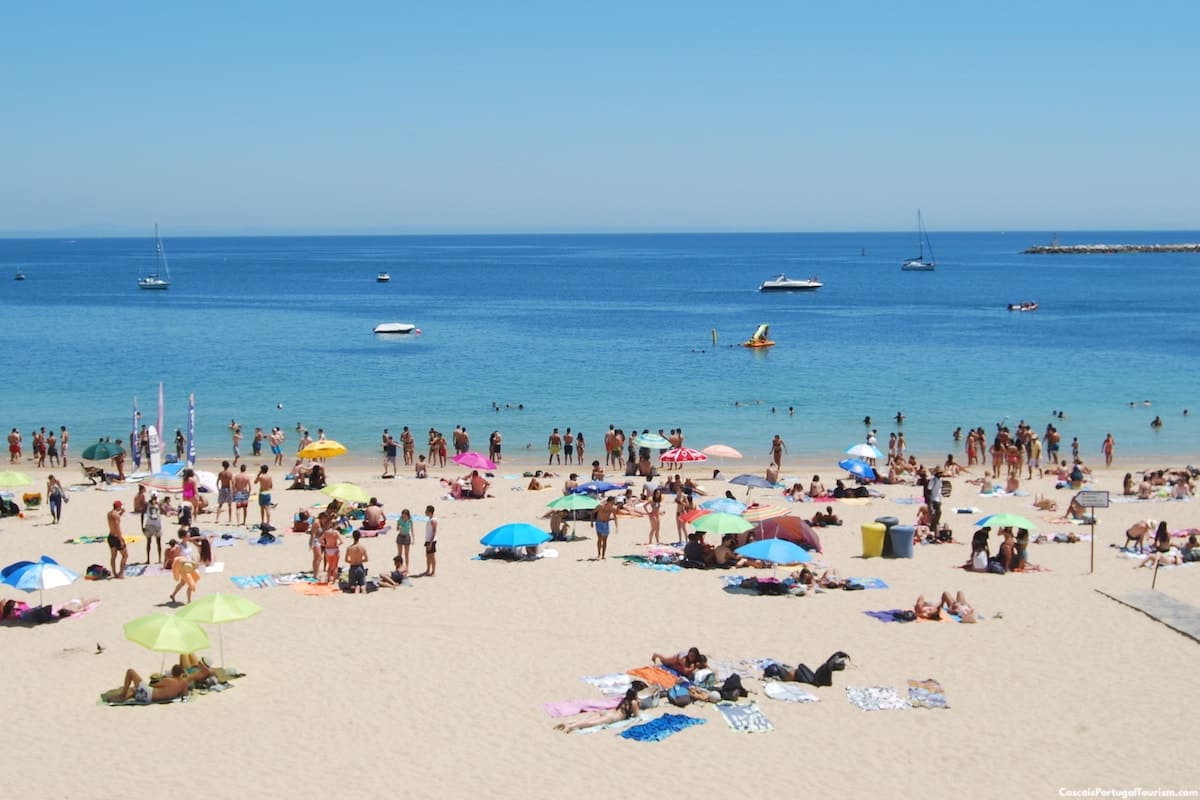 
Everything you need to plan your visit to Cascais is on this website. It offers complete and entirely independent information from locals and travel experts, not sponsored by or associated with any local institution or organization. However, if you still have any questions when you’re in town, pass by the official tourism office, which is located in the main square, Praça 5 de Outubro. It also has a gift shop and sells tickets to local events. It opens at 9am, and closes at 6pm in the autumn and winter seasons, and at 8pm in the spring and summer.