Home > What to See and Do > Condes de Castro Guimarães Museum 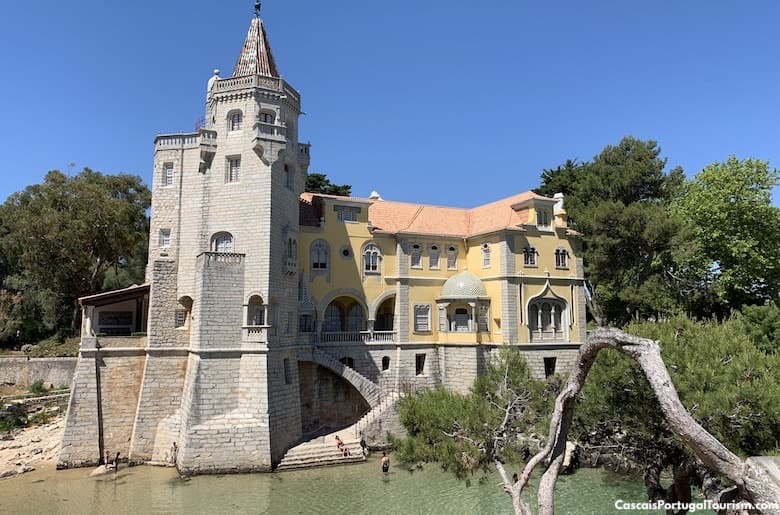 The Gothic Revival exterior of the palace faces a small beach

This Gothic Revival castle is a former aristocratic residence overlooking the sea and surrounded by a garden. It was built between 1897 and 1900, and was home to Jorge O’Neill, an aristocrat of Irish descent. Later, it was acquired by the Count Castro de Guimarães, and was turned into a museum in 1931, some time after the last residents left. 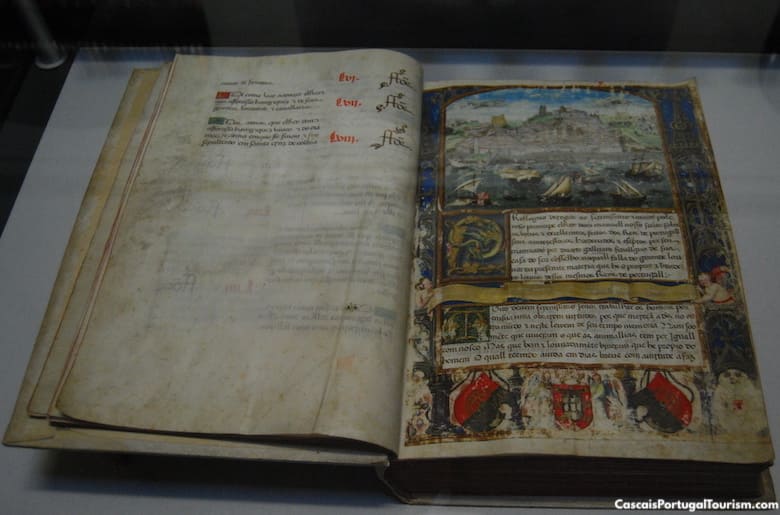 Illuminated manuscript with a rare image of 16th-century Lisbon

It displays a collection of decorative art, which includes Indo-Portuguese furniture, paintings, ceramics, and a large library with over 25,000 books. The most prized item is an illuminated manuscript from 1505 depicting Lisbon at the time (250 years before it was almost completely destroyed by the Great Earthquake). In the basement is a number of archaeological finds. 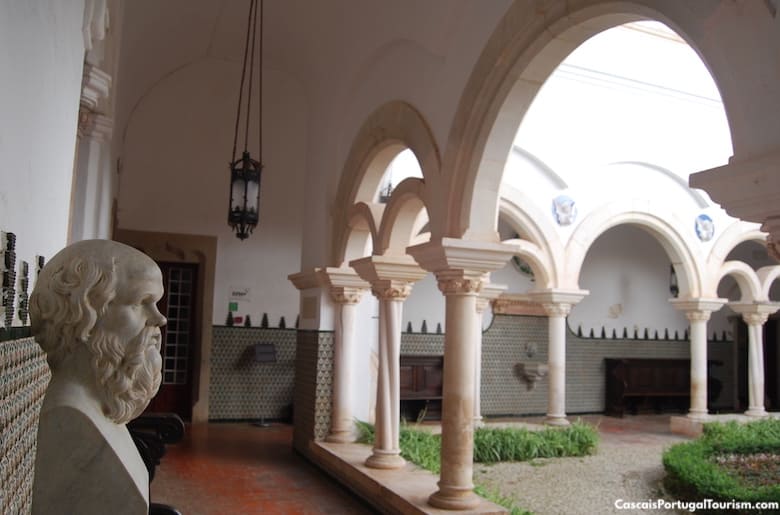 The interior is accessed through a cloister

What visitors enjoy the most is the romantic fairytale architecture, but this is also a great way to see how the aristocracy lived at the turn of the century. The interior is accessed through a cloister decorated with Moorish-style tiles, and the most impressive room is the Neo-Gothic Hall, which was the dining room of the first owner and then turned into the library. On the upper floor, reached via a spiraling staircase, is a collection of swords, paintings and sculptures from the 19th and 20th centuries. 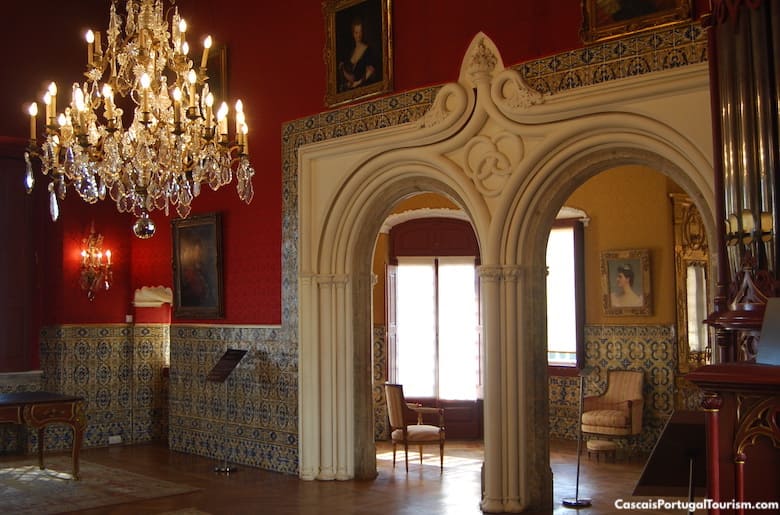 One of the tiled rooms of the museum

Outside is a chapel from 1594 dedicated to St. Sebastien, a fountain ornamented with a baroque tile panel, and the sand and crystal-clear waters of the beach of Santa Marta. 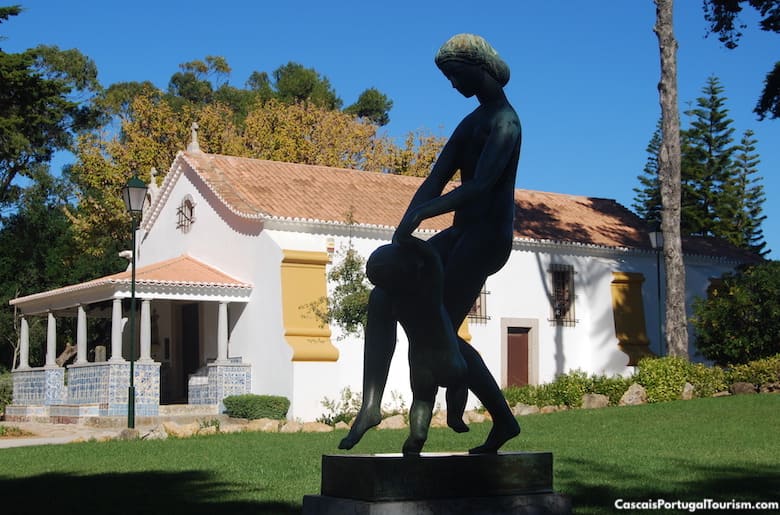 
Admission and Tickets to the Condes de Castro Guimarães Museum


Casa de Santa Maria - If you enjoy your visit to the museum, you’ll want to also go inside this other aristocratic residence across the street. It dates from 1902, and was built as the perfect example of a typical Portuguese house.

Farol Museu de Santa Marta - Next door to Casa da Santa Maria, stands this lighthouse that’s been restored and turned into a museum explaining the mechanisms of lighthouses, the history of those found down the Portuguee coast, and offering a view of Cascais from above.