Home > What to See and Do > Itinerary Advice

One Day or One Week in Cascais 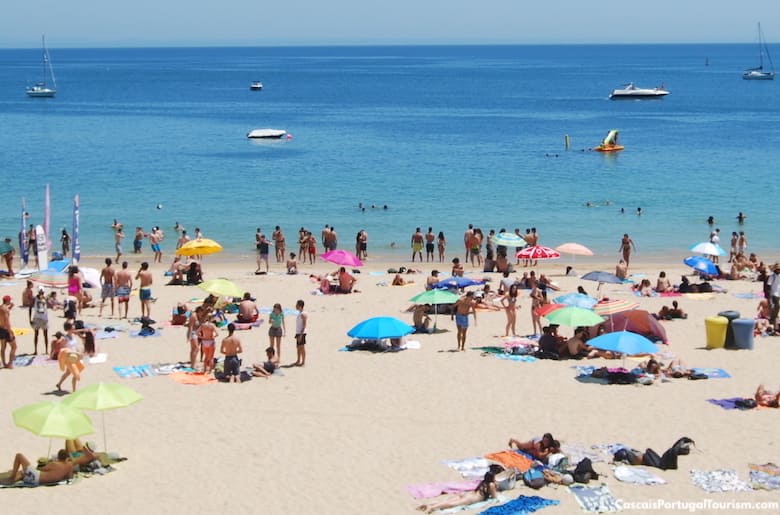 Conceição Beach in the center of Cascais

Although most people visit Cascais in just a few hours, on a day trip from Lisbon, you can easily spend a couple of days here -- one at the beach, and the other checking out the cultural attractions. You may also choose to stay at a beachfront hotel rather than in Lisbon, and visit the capital city on day trips instead. In fact, many people make Cascais their base, and take the train or bus to the surroundings (Lisbon and Sintra). Whether you’re in town for just a day or an entire week, this is how you should plan your time (after or before your days in Lisbon):


One Day in Cascais

Start in Praia da Conceição, which is the closest beach to the train station. Find the perfect spot to spread your towel, but if it’s too crowded (as it usually is during the official bathing season), walk down the continuous beachfront promenade which starts here and ends in Estoril. You’ll surely find the perfect spot at some point, at one of the other five beaches along the promenade. In fact, it’s recommended that you go all the way to the end of the promenade, to Praia da Azarujinha, and decide which is the best beach for you.
Back in Cascais, west of the train station and Praia da Conceição, is the pretty little beach of Rainha, and the attractive pedestrian streets of the center of Cascais, with lots of places to eat, drink, and shop. The cultural attractions start here, with the different museums of the Museum Quarter, the citadel, and the mansions facing the sea all the way to the rocks and caves of Boca do Inferno.

If you spent the entire first day at the beach, take a break from the sunbathing and get a dose of culture on the second day instead. Visit the Condes de Castro Guimarães Museum and the neighboring Casa de Santa Maria, then cross the Marechal Carmona Park and visit the Paula Rego Museum. Next door is the interesting Museum of the Sea. These are all part of the Museum Quarter, which has a day ticket allowing admission to all of them (it can be bought at any of them). Then pass by the citadel, and walk down the promenade (mentioned above in day 1’s itinerary) for 15 minutes to the beach of Tamariz. Cross the road and try your luck at the casino. The bars at the beach are also good spots for sunset or after-dinner drinks.

Now that you’ve experienced the beaches in the center of Cascais, head to Guincho, the wild beach to the west. It’s not within walking distance, but you may take bus 405 or 415 from the terminal located below the CascaisVilla shopping mall, which is behind the train station. It’s usually windy and the sea too rough for swimming, but it’s stunningly beautiful, in a protected park. It has some excellent (although a bit expensive) restaurants, and is the prefered beach of surfers and windsurfers.
At the end of the day, return to the center of Cascais, and look for an outdoor restaurant in the pedestrian center, on or around the square Largo Luís de Camões, or down Alameda dos Combatentes da Grande Guerra.

It’s time for another break from the beach. Wake up early and take bus 417 or 403 to Sintra. You’ll want to get there early because this is one of Portugal’s most popular destinations, with long lines and wait times at its famous castles and palaces. The must-see is Pena Palace, but you’ll also want to go to the National Palace, Quinta da Regaleira, and the Moorish Castle. You probably won’t have time for more, but you may be able to squeeze in a visit to Monserrate Palace. 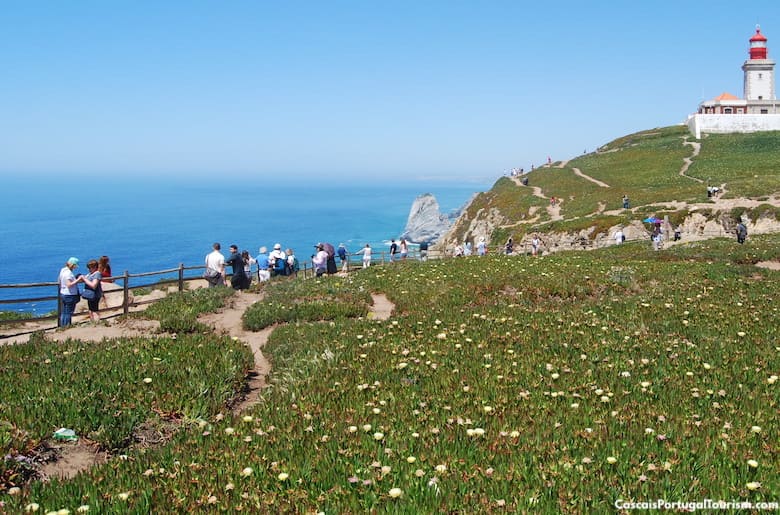 Take bus 403 to Cabo da Roca, the westernmost point in Europe, located between Cascais and Sintra. Snap a few photos and then walk towards the clifftop with the trail that leads down to the wild and beautiful beach of Ursa. If you’re not feeling adventurous enough for the hike down to the beach, hop on the bus and continue to Sintra for the attractions that you missed the day before, or go back to Cascais for another beach that you haven’t yet been to. Praia da Rainha and Praia da Santa Marta have the calmest waters and could be relaxing spots after the trip to Cabo da Roca.

Take the Lisbon train from Cascais and stop in Carcavelos, the biggest and most popular beach on this coast (the journey time is just 13 minutes). It’s the favorite of the local youth and young tourists, as it’s the place for surfing and other beach sports. It has several bars and restaurants and, despite the crowds, space for everyone.
From there, walk down the road to the east, past the campus of New Lisbon University, and visit the beach behind the 16th-century fort, Praia da Torre. It’s another surfing beach, but also popular with local families, as the waves tend to be calmer and it’s more sheltered from the winds.

To end the perfect week in Cascais, relax at one of the beaches that you haven’t yet been to. You may want to explore the rugged coast around Sintra, which has a number of beaches known for their wild beauty, but for that we recommend renting a car. Most of these beaches can be reached by bus, but they depart from Sintra, so you’d need to first take the bus to Sintra, and would spend much of your day in transportation. By car or bus, you can also stop in Azenhas do Mar, one of Portugal’s postcard villages, with whitewashed houses cascading down a cliff towards the sea.
From the center of Sintra you may also hop on a fun old tram that goes to Praia das Maçãs, the favorite beach of local families.