Home > What to See and Do > Day Trips


If you’re staying in Cascais or Estoril for a few days, you may take day trips to other attractive destinations nearby:

32 minutes from Cascais by train 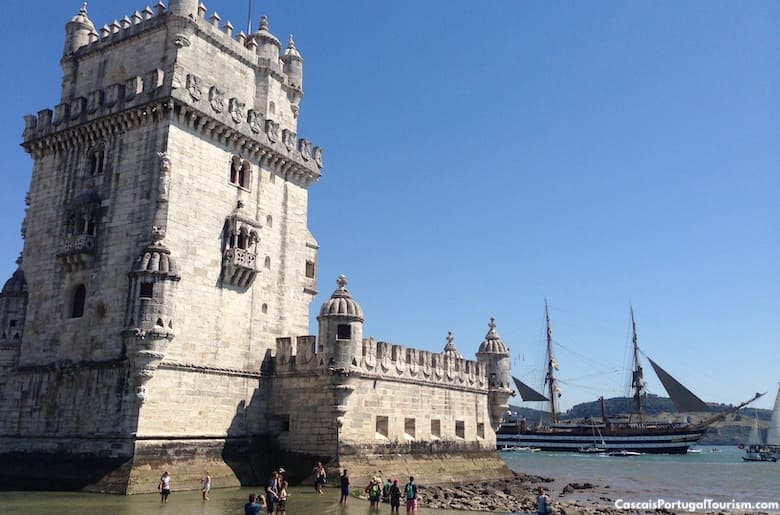 World Heritage monuments, world-class museums and the nightlife of a European capital are a train ride away from Cascais. The station of Belém, by Lisbon’s main landmarks, is 32 minutes from Cascais, while downtown can be reached in 40 minutes. Lisbon has enough to see and experience in three days of sightseeing, with one of them just for Belém. The central Baixa and Chiado districts, plus Alfama (the hilly “old town” topped by the castle) can also take up an entire day.
The train from Cascais terminates in Cais do Sodré, which is a transportation hub that links to the metro, ferries and buses. It's within walking distance of downtown, following the scenic Ribeira das Naus waterfront promenade.

30 minutes from Cascais by bus 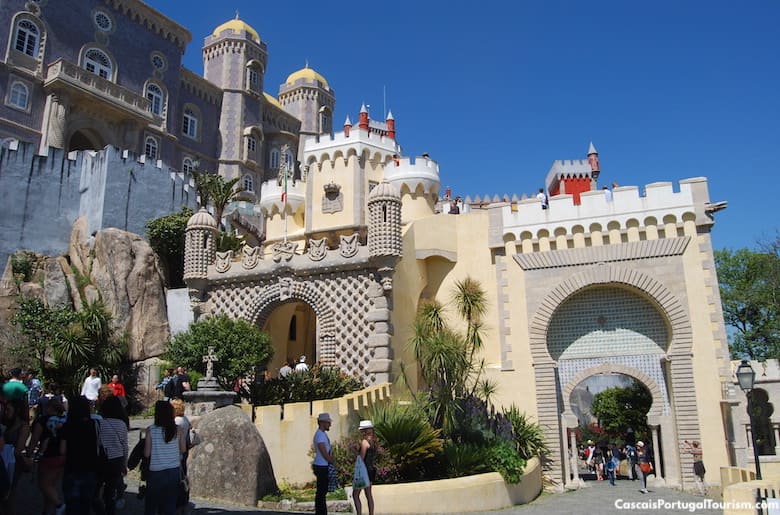 Thirty minutes or one hour (depending on the bus you take -- the faster but less frequent 417 or the more frequent 403 which makes more stops along the way) from Cascais is one of Europe’s most romantic towns, with fairytale palaces and wild beaches. It’s found on the westernmost edge of the European continent, amid lush mountains, and has so many spectacular sights, that it could take two days to see. Those with just one day, however, can see the top three monuments and return to Cascais by the evening (as long as they start the day early, as this is quite a popular destination, and there are usually crowds everywhere).
In between is Cabo da Roca, a cape marking the westernmost point of the continent (it’s a stop of the 403 bus).

90 minutes from Cascais by train+ferry+bus 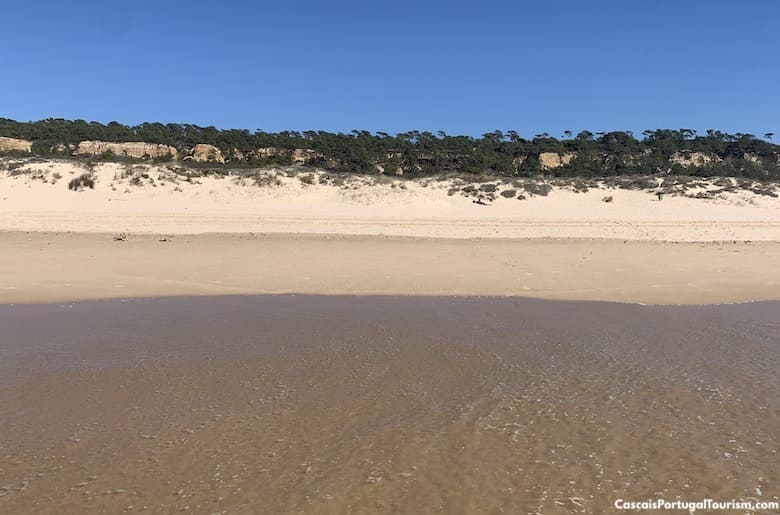 After a few days in Lisbon’s western coast, you may be ready to explore its southern shores. If you’re not driving, it involves taking a train, a ferry and a bus, but despite those different transportation connections, it’s actually an easy trip to do. Depending on the time between the connections, you can be in Costa da Caparica in 90 minutes, but the entire journey could take as long as two hours. The train from Cascais to Cais do Sodré takes 40 minutes, the ferry crossing between Cais do Sodré and Cacilhas lasts about 10 minutes, and bus 135 from Cacilhas to Costa da Caparica takes 25 minutes. Getting there is part of the fun, and can be a sightseeing experience, as the ferry and the bus terminal in Cacilhas offer panoramic views of Lisbon. Unlike those in Cascais, the beaches in Costa da Caparica have very few tourists, but are very popular with the people of Lisbon in the summer.

45 minutes from Cascais by car 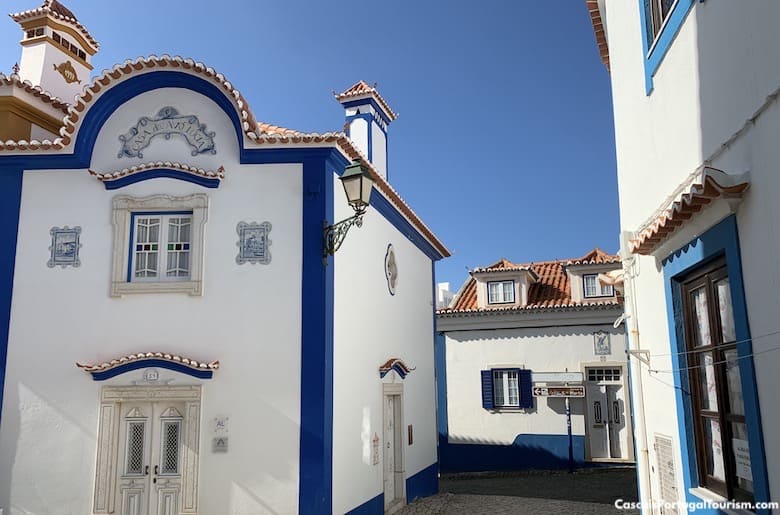 A drive up the coast from Cascais leads to this former fishing village that’s now a cosmopolitan town after being singled out as Europe’s only World Surfing Reserve. There is no public transportation between Cascais and Ericeira (you'd have to take a bus from the Campo Grande terminal in Lisbon), so you do need to rent a car, but if you enjoyed surfing in Cascais, you’ll love riding the waves in Ericeira.
The drive from Cascais to Ericeira is just over 45 minutes.

40 minutes from Cascais by car 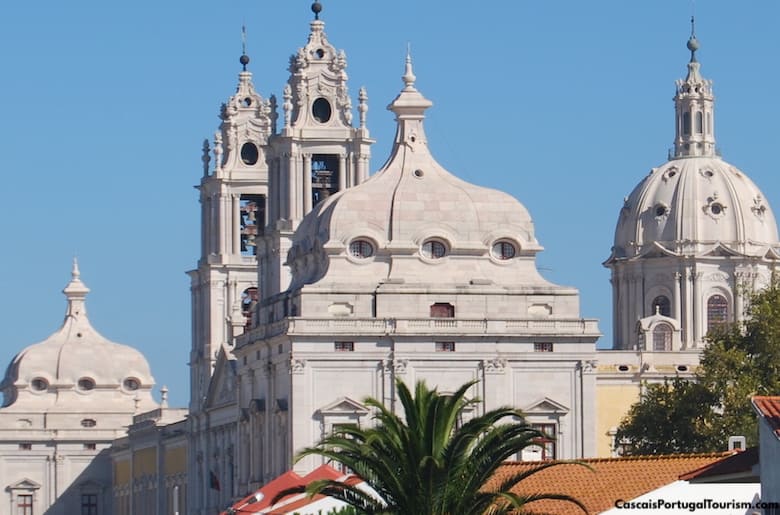 Right outside Ericeira is one of Europe’s largest monuments, the palace-convent-basilica of Mafra. It’s about a 10-minute drive from Ericeira’s beaches, but the Ericeira-Lisbon bus also stops by. A tour of the interior includes one of Portugal’s (and the world’s) greatest libraries, in addition to the baroque basilica and the royal apartments.

90 minutes from Cascais by car 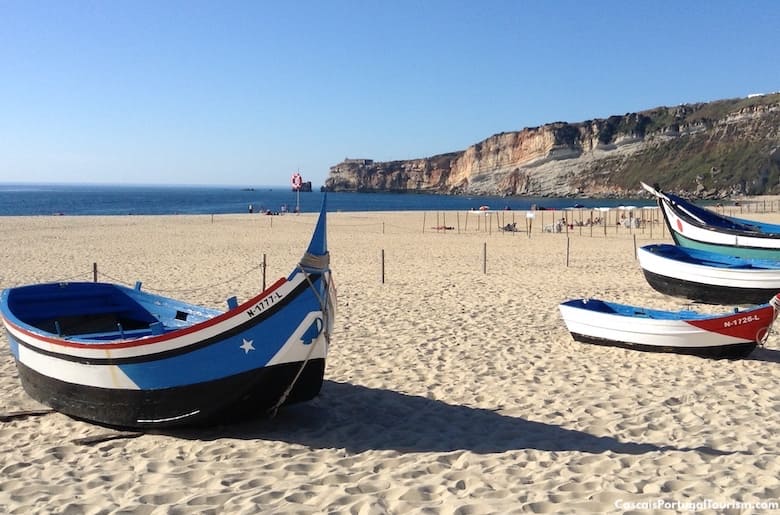 If you just can’t get enough of Portugal’s surfing beaches, continue driving north (or take a bus from Lisbon) to the picturesque fishing village that became famous for having the world’s biggest waves and now attracts surfers looking to break records. The drive from Cascais to Nazaré is just over 90 minutes, so it’s possible to make it a day trip if you have a car, but taking the bus from Lisbon is just too time consuming for a day trip from Cascais, so in that case an overnight stay is recommended.