The sensible way to go from Lisbon to Cascais is by train. If you go by car (which is not recommended), note that there is limited parking, and in the summer it can be a nightmare looking for a spot. Trains depart from the central Cais do Sodré station, on the waterfront, and terminate in the heart of Cascais, by the beaches. 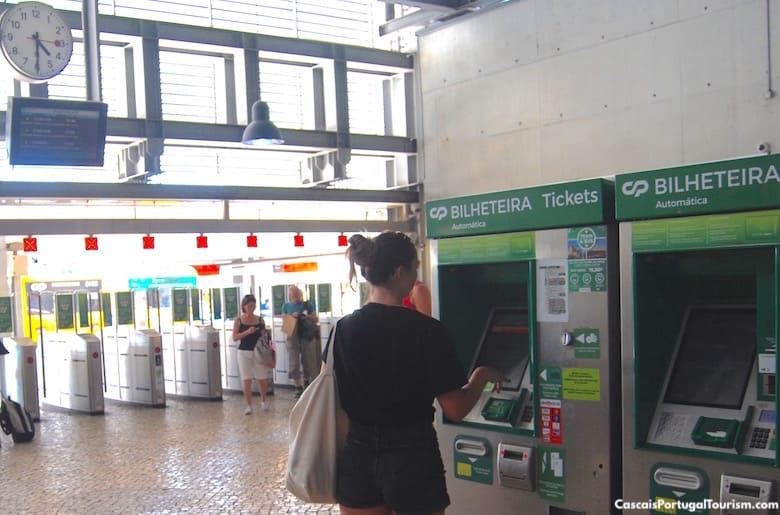 Cais do Sodré can be reached on the green line of Lisbon’s metro (it’s the final station), but it’s also within walking distance of the districts of Baixa (downtown) and Chiado. If you walk west from the big waterfront square (Praça do Comércio), you’ll find the station at the end of the Ribeira das Naus promenade.

Train tickets can be bought from the ticket office or from machines, but the Lisboa Card offers free rides for tourists.
For complete details, see the guide to trains from Lisbon to Cascais.

If you’re staying at a hotel in Cascais and are heading there straight from the airport, see this useful guide: Transportation from Lisbon Airport to Cascais and Estoril 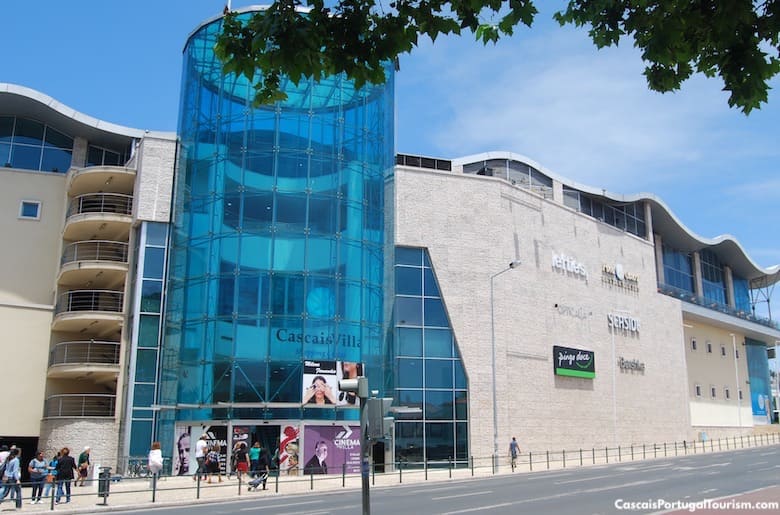 The Cascais Villa shopping mall, which is also the bus terminal

All attractions in Cascais are within walking distance of the train station. The only exception is the beach of Guincho, but there are buses (numbers 405 and 415) departing from the terminal below the CascaisVilla shopping mall, behind the train station. 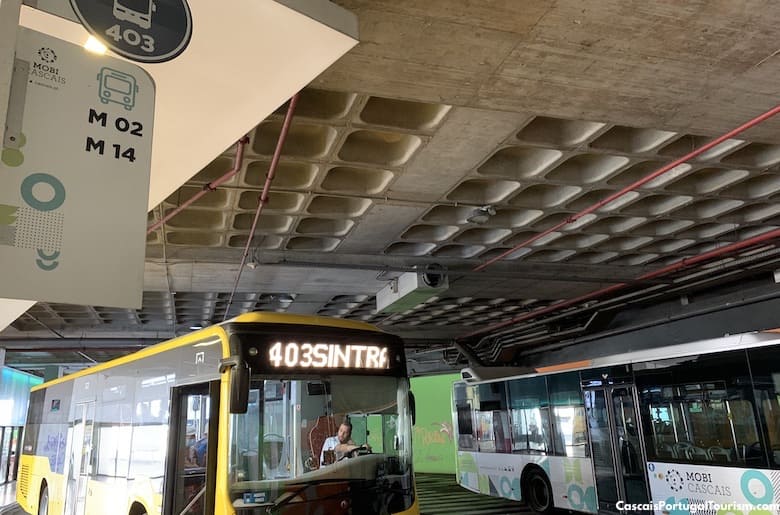 Bus 403 in Cascais, which goes to Sintra and stops in Cabo da Roca

If you’re staying in Cascais and want to visit the fairytale palaces of Sintra, you may take a bus that departs from the terminal mentioned above. There are two services -- the faster 417 bus that departs only once per hour, and the 403 which departs every half hour and also stops at the popular cape of Roca but takes longer to reach Sintra.
For complete details, see the guide to the buses from Cascais to Sintra.