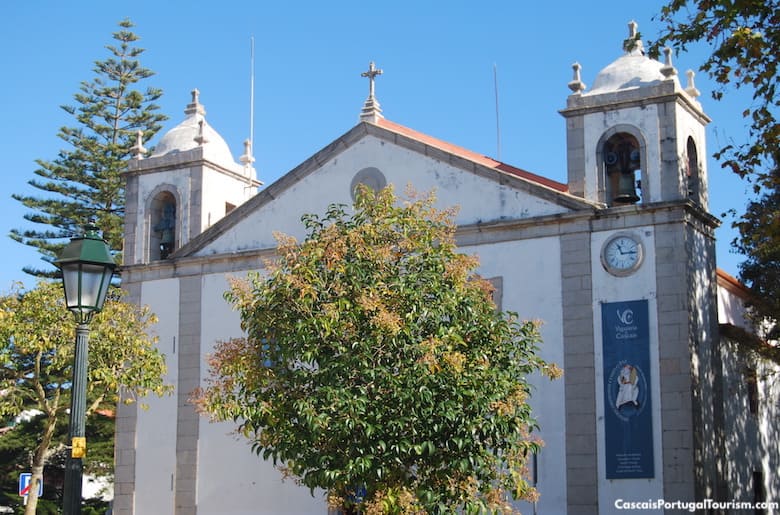 The simple, 18th-century reconstruction of the original 16th-century church

Dedicated to Our Lady of Assumption, this church was originally built in the 1500s, on the site of a Visigothic necropolis. It was greatly damaged in the 1755 earthquake that destroyed most of Lisbon, but was restored soon after. 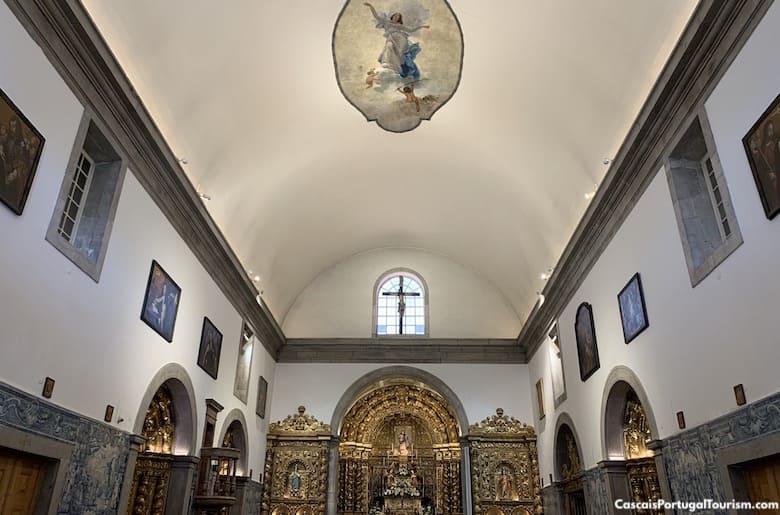 The interior of the church

It remains Cascais’ main church, and retains the original tile panels that were added from 1720 to 1748, depicting scenes of the life of the Virgin. Another example, illustrating the Apocalypse, is more recent, from 1908. The main altar is a fine example of Portuguese gilded woodwork, while up on the walls is a number of 17th-century paintings. Some of those were painted by Josefa d’Obidos, one of Portugal’s most prolific painters and one of the few female artists in the world at the time. 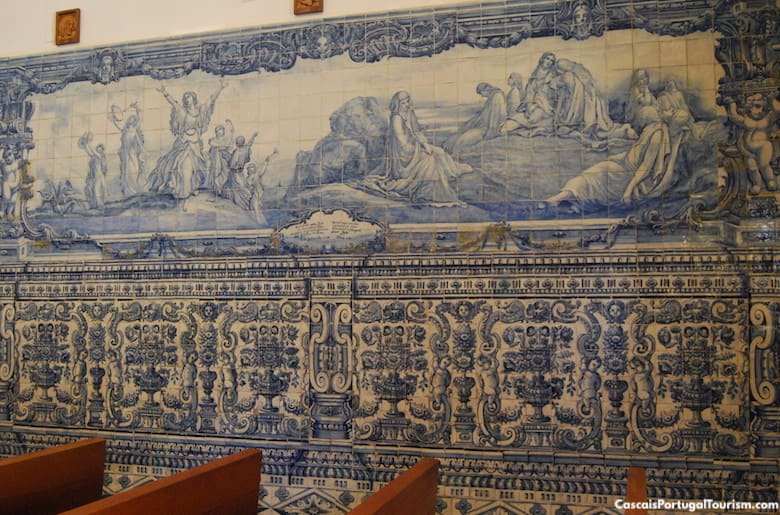 Up on the ceiling (which was never restored to its pre-earthquake style), is a depiction of Our Lady of Assumption, created by José Malhoa, one of the country’s leading late-19th-century/early-20th-century artists. 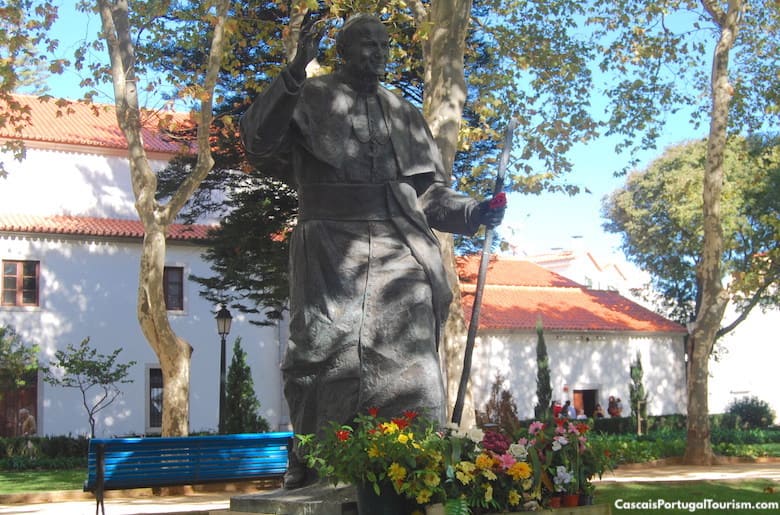 Statue of Pope John Paul II outside the church

The church only opens for services, so you’re likely to always find it closed. A good way to see its interior is to go on Sunday mornings, right before Mass, or on a Saturday, when it often celebrates weddings.
Outside, in the shade of trees, is a statue of Pope John Paul II, unveiled in 2010.

Usually only opens on Sundays


Casa Sommer - Right in front of the church is this mansion that’s now a cultural space showing temporary exhibitions.

Cascais Citadel - Facing the church, this fort is Cascais’ oldest monument but houses a number of modern galleries.

Paula Rego Museum - A fine example of contemporary architecture, it houses the work of one of Portugal’s most distinguished artists.

Museu do Mar - This maritime museum explains the history of the local fishing community and of biodiversity at sea.

Praia da Ribeira - The beach of the center of Cascais.