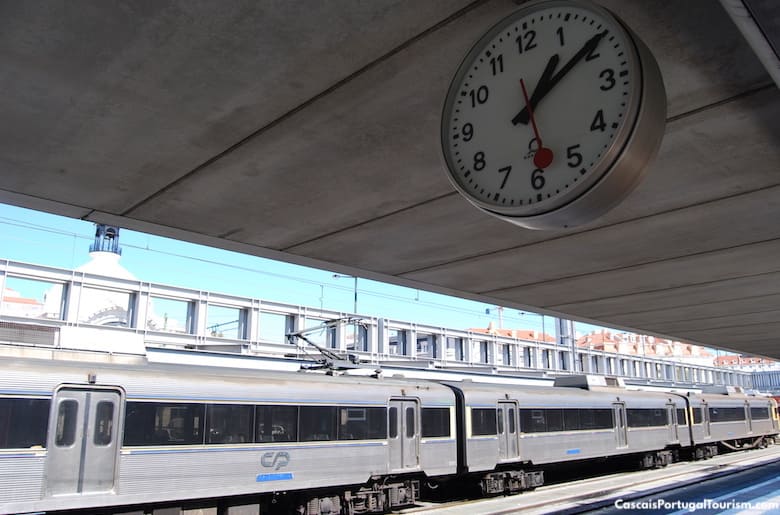 Trains from Lisbon to Cascais depart every 20 minutes from Cais do Sodré Station, in the center of the capital. It’s a scenic 40-minute ride along the river and then the sea, but you’ll need some patience before you hop on board: it’s not unusual for the waiting times by the ticket counter and machines to be as much as 20 to 30 minutes. To avoid the wait, get the Lisboa Card, which offers free transportation within Lisbon and to Cascais, in addition to free or reduced admission to many of the capital’s attractions: Lisboa Card 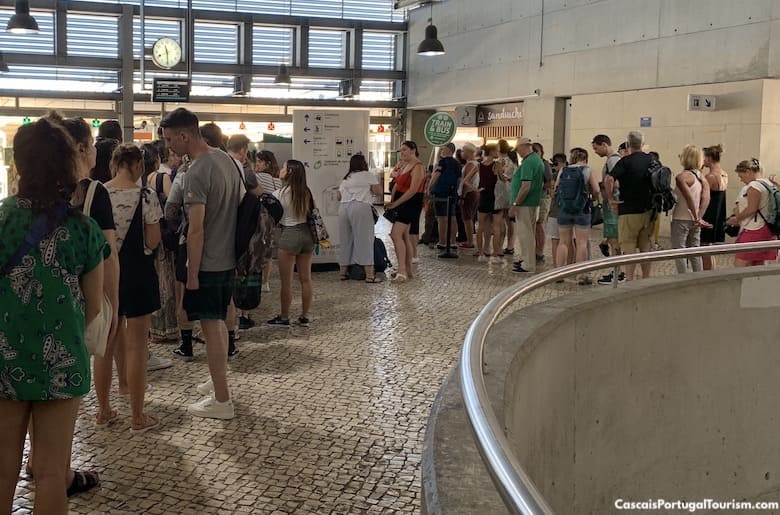 During beach season, there are always long lines for the ticket machines in Cais do Sodré Station

If you don’t mind standing in line, you may buy your tickets from the counter or the machines. There are six machines with English instructions, but huge queues between May and October. If it’s your first time buying train tickets in Lisbon and you don’t have the Lisboa Card, you’ll need to get the magnetic and reusable “Viva Viagem” card from the machine or counter. You may then reuse it by recharging it in future trips. 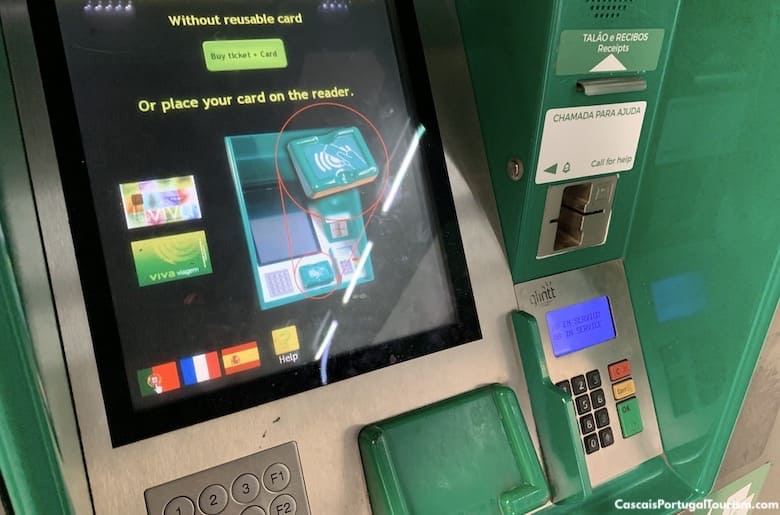 The ticket machines have instructions in Portuguese, English, French, and Spanish

When using the machines, the process is fairly straightforward -- just click on your destination (Cascais, Estoril, Carcavelos, etc.) and insert the money or card for payment. There are no return tickets, so you’ll have to buy two single tickets to go and return. There is a 24-hour ticket for 6 euros, but if you’re just going and returning, it really doesn’t give you any savings (a single ticket between Lisbon and Cascais is €2.25). If you plan to beach-hop down the Cascais coast by taking the train several times in the day, then it could be an option.
You need to scan your card to access the platform, and keep it handy just in case there is inspection during your journey. You’ll also need to scan it to exit the station in Cascais. 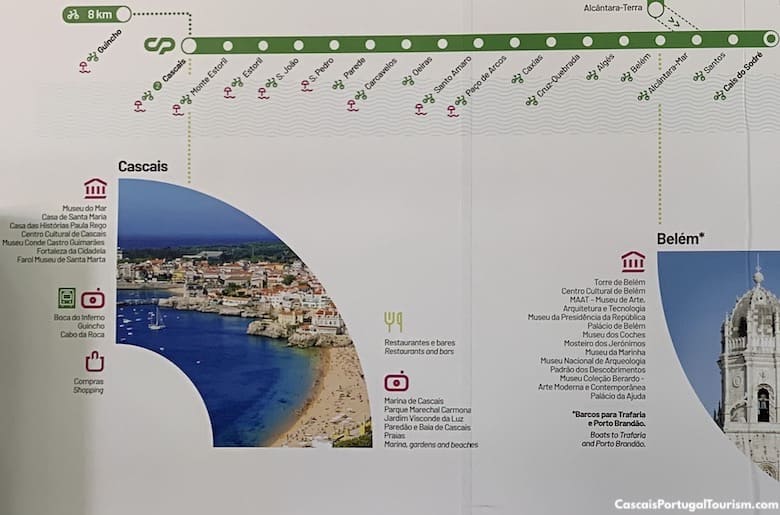 
What You Need to Know About the Train Service from Lisbon to Cascais:


Price of train tickets from Lisbon to Cascais: €2.25 for a single ticket (four-zone fare), or FREE with the Lisboa Card.

The journey between Lisbon and Cascais takes 33 to 40 minutes, depending on the time of day (it’s faster at rush hours, as it doesn’t stop at every suburb).

The last train from Lisbon to Cascais, and from Cascais to Lisbon, is at 1:30am. The first one of the day is at 5:30am.

This is an urban train service, so tickets can not be pre-booked. If you step into the train just minutes before departure, chances are you won’t find any seats available. You’ll have to go standing for most or the entire trip. To guarantee a seat, remember that trains depart every 20 minutes, so be on the platform as early as possible.

Avoid rush hours and the weekends. If possible, stay at the beach until sunset, so your return to Lisbon won’t be on a packed train.

This is a busy train line with lots of tourists, so although it’s usually perfectly safe like much of Lisbon and Cascais, beware of pickpockets. To avoid petty crime late at night, choose to sit in the most crowded carriage, away from any dodgy passengers.


1. Plan what to see and do.
2. Decide where to stay.
3. See your transportation options.
4. Follow the suggested itinerary.